360 MARKET UPDATES Report provides a 360-degree overview of the global 3D Motion Capture market with special emphasis on all aspects including drivers, restraints, and opportunities, market and regional segmentation.

Get Sample PDF Of Report @ https://www.360marketupdates.com/enquiry/request-sample/13782594

The global 3D motion capture market was valued at USD 129.4 million in 2018, and is expected to reach a value of USD 232 million by 2024, at a CAGR of 10.28%, over the forecast period (2019-2024). 3D motion capture (mocap) systems are a combination of multiple devices, mainly high-quality cameras, sensors, communication devices, and accessories. These systems are used to record the real-time motion of an object or individual to obtain the desired level of animation in the field of entertainment, such as films and games.
Customer expectations in the virtual reality market are currently high, which is driving significant technological innovations in the market. An industry player, Vicon conducted a survey in late 2017 and reported that 28% of respondents were actively seeking high-quality content to ensure a good VR experience.
A 3D motion-capturing system contains several different key hardware and software components, all of which must be tightly integrated, in order to provide a compelling user experience. Camera is the first component, which captures the raw data that represent the user’s actions. Generally, this raw data is then processed, in order to reduce the noise in the signal or (in the case of 3-D cameras) to compute the depth map.
Real-time measurement and kinematic analysis of the human body’s movement, brain activity, eye movement, muscle recruitment, and external forces acting on the body are achieved using the broadest range of hardware available in the market.

In order to extract complex human motion precisely, multiple cameras are often used to capture video sequences, after which the tracking and reconstruction of human motion can be achieved, by virtue of the multi-view video sequences.
The self-occlusion problem that occurs during tracking can also be solved with the multi-view pattern. Multiple views essentially mean that the same scene is captured with the same sampling rate from different viewpoints.
While marker-based motion capture systems have been used for tracking of worker movements and interaction with the aid of digital models until now, with the advent of markerless tracking technologies, like the Kinect depth cameras, the preference of consumers has shifted to markerless tracking technologies, due to their reduced cost, ease of use, and the absence of cumbersome suits and markers.
OptiTrack, one of the largest motion capture providers in the world, offers high-performance optical tracking at the most affordable prices in the industry, by providing high-speed tracking cameras, which are characterized by their preciseness and small set-up areas.

3D motion capture in the United States has become increasingly popular, as its demand is increasing in many applications, such as in the entertainment and advertising markets, and also in several areas of health and sports.
Further, the presence of major 3D motion capture vendors, such as Vicon Motion Systems Inc., OptiTrack, PhaseSpace Inc., and Motion Analysis Corporation, coupled with the adoption of new technological innovations in relevant fields, is aiding the market.
Moreover, the increasing the usage of 3D motion capture cameras in movies and sports is also expected to aid the growth of the market in the United States. Additionally, the presence of major film production houses, such as Disney and Marvel, coupled with the increasing 3D motion capture-based CGI in movies, is anticipated to have a significant effect on the market.
Canada is one of the most significant markets for 3D motion capture, owing to the increasing adoption of advanced technologies in the entertainment, advertising, and medical industries.
To grasp this opportunity, Mimic has invested in Vicon Vantage cameras and VFX mocap software, to offer enormous services to fit any production’s needs, budgets, and time constraints. Furthermore, major gaming companies, such as Ubisoft Entertainment SA, established a new state-of-the-art studio in Toronto in 2012, in order to incorporate more realistic actions and emotions into the video games it produces.

3D motion capture, sometimes referred to as mo-cap or mocap, for short, is the process of recording the movement of objects or people. It is used in military, entertainment, sports, medical applications, and for the validation of computer vision and robotics. In film-making and video game development, it refers to the process of recording actions of human actors and using that information to animate digital characters. When it includes face and fingers or captures subtle expressions, it is often referred to as performance capture. In many fields, motion capture is sometimes called motion tracking.

Reasons to Purchase this Report:

360 Market Updates is the credible source for gaining the market reports that will provide you with the lead your business needs. At 360 Market Updates, our objective is providing a platform for many top-notch market research firms worldwide to publish their research reports, as well as helping the decision makers in finding most suitable market research solutions under one roof. Our aim is to provide the best solution that matches the exact customer requirements. This drives us to provide you with custom or syndicated research reports. 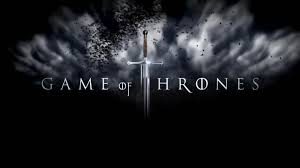